Nearly all people are disgruntled with the ongoing ‘business-as-usual’ failings of our current society. Many are concerned with our failure to move importantly toward actual sustainability on a finite planet. Others are concerned with increasingly volatile world politics, never ending wars, weird and perverted covert-ops, subversion of local communities by multi-national interests, and the increasingly impossible refuge crisis. Most put their efforts and energy in one of three places:

One other option not often suggested with clarity is the option to self-organize and to create under-lays of un-official but none-the-less actual self-governance. In so doing we increase the collective intelligence, collective power efficiency, and the collective legitimacy of the community as a “mature adult” in the room capable of real and important solutions and intelligent dialogue. This method takes the bull by the horns and solves the long standing root problems in local community.

One hundred years ago unions self organized and wielded a great deal of power and solidarity; yet still their massive size and enthusiasm did not save them from being railroaded and deactivated. They lacked something key to “military style strategy”. One increasingly viable method to tap into such a key in 2016 is a global collaborative commons of technological coordination using the hybrid of social media, blockchain, and information aggregation and storage protocols.

Without a long discussion lets just say this option is in line with Buckminster Fuller’s advise not to fight the existing systems, but rather to build a new model under the old that makes the old obsolete. In theory it is a good strategy less likely to dissipate energy combating current system fear and antagonism, less likely to frustrate those who need action and answers today, it is not a long battle of conscience un-likely to succeed (as most routes are), and it is an action more likely to spend energy positively on lasting foundations for the future society we envision. It also is a route to full revolution that does not require quagmire in failing infrastructures, various levels of anarchy, and massive losses of knowledge and sophistication of savvy.

That is a bit of quick and dirty… food for thought. 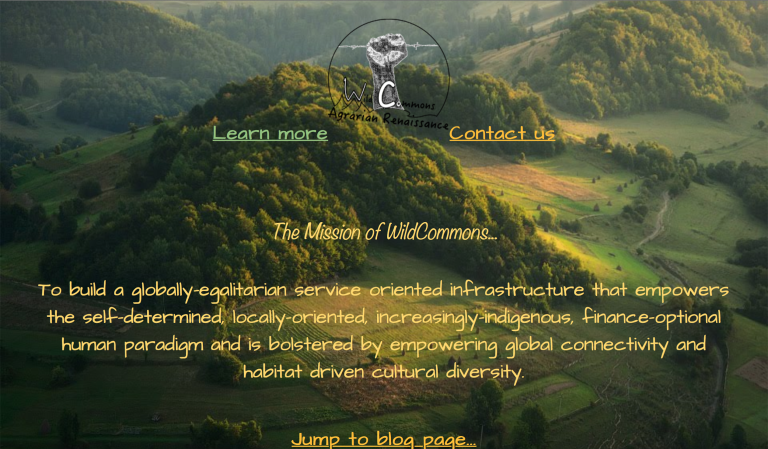